This page will cover the most common fire extinguishers and define which of the Fire Classes each extinguisher is safe to use on.

All fire extinguishers are now red, they must display the ‘Fire Classes’ symbol the extinguisher is safe to be used on, they must say in text what the content is and show operation instructions in both picture and text forms.

Water = RedThey are also allowed up to 5% of the body, to denote the old colour coding system.

The image below shows the most common fire extinguishers and which fire classes they can safely be used on. 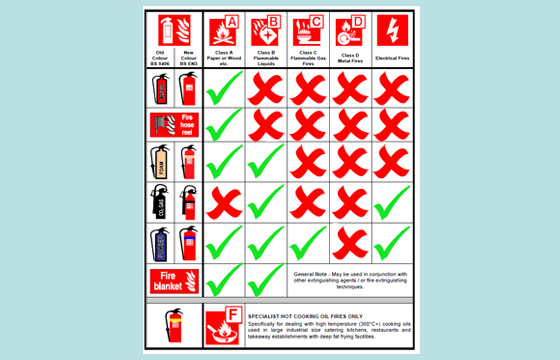 Download the common fire extinguishers and their safe use chart below:

Dangers of water on electricity

Having water (contaminated) close to electricity is dangerous because when the user is contaminated by it (wet) it will increase the conductivity of the skin and thus electricity can more easily flow through the user and this means higher chances of death.

It is always recommended, that if there is any chance of electricity being involved, that the appropriate extinguisher showing the electrical symbol is used to minimise any risk of electrocution.

Dangers of water on fuel

As the below sequence demonstrates water and oils do not mix and can form a potentially fatal explosive result.

1. Oil gets so hot that it catches fire by itself

2. Water is poured into the burning chip pan

3. Water is denser than oil, so it sinks to the bottom of the chip pan. As the water touches the bottom, it is heated above its boiling point and instantly vaporises and turns into steam.

4. The water vapour expands rapidly; steam has a difference in volume of approximately 1300 times that of water, ejecting a fireball of burning oil out of the chip pan and into the air

where its surface area increases greatly and combustion proceeds much faster

One cup of water and 500ml of cooking oil was used to create the above sequence of events.

It is imperative that a water fire extinguisher is never used on a fire where a Class B material is burning. Only use an extinguisher showing the Class B symbol. 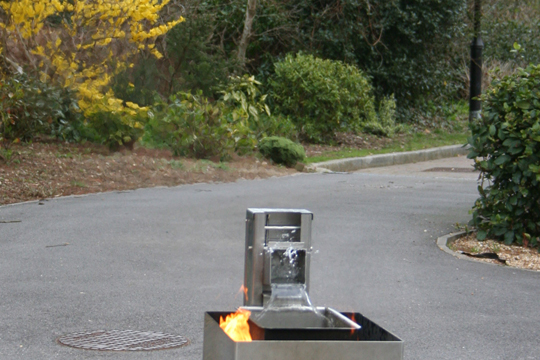 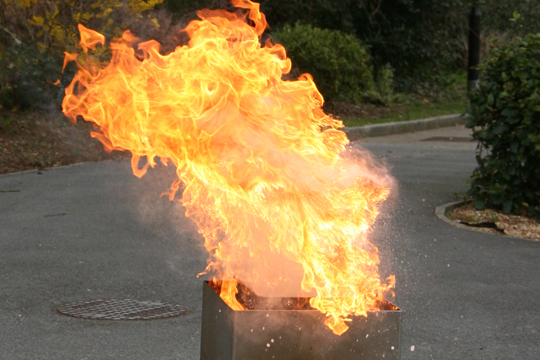 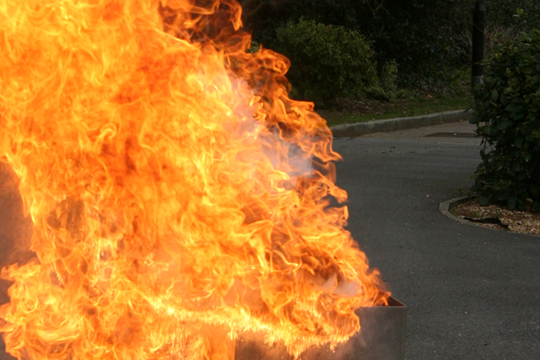 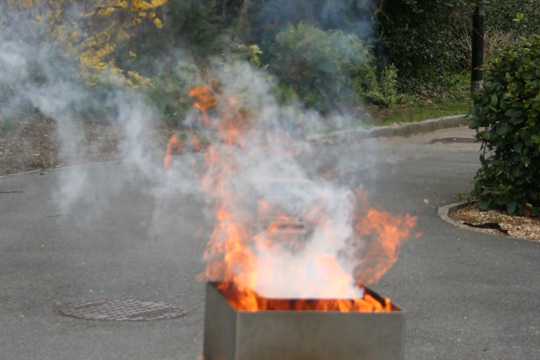 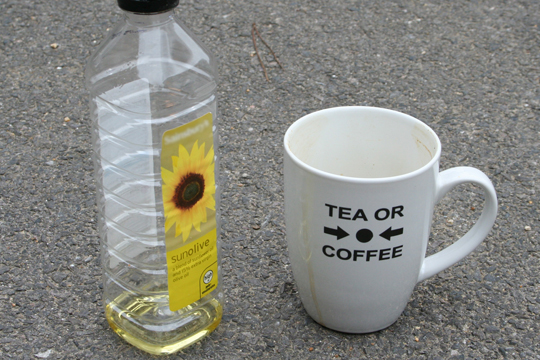 In general, fire blankets do not have any fire classes symbols to denote their safe use. A fire blanket is very effective for small fires, such as fires in a frying pan, waste bin fires or clothing. Fire blankets work by excluding air from the fire, and extinguishing it.

They are quick to use, easy to maintain and cheaper than fire extinguishers. However, to use them, you need to get close to the fire - meaning your hands will be particularly at risk of burning.

Hose reels have seen a lot of bad press and many companies are in the process of removing them from their sites. Provided a suitable assessment has been carried out and the removal of the hose reels does not reduce the fire safety cover of the site, in principal this is generally considered to be acceptable. However, it is recommended your local Fire and Rescue service is first consulted.

The problems with hose reels lie with their fixed location and long hose. Usually the hose is 25M in length and invariably will not be next to the fire. This means anyone using it would need to pass through fire doors which in turn become propped open allowing smoke and flame to spread quickly. It can also take two people to operate; even though the small bore hose was designed for single person use. It also requires more in depth practical training which most employers are not willing to provide.

However, in the right building with the right training a hose reel can be an excellent firefighting aid. It is effectively an unlimited Class A Extinguisher.

Fixed fire-fighting systems, such as the automatic fire suppression systems fitted to industrial kitchens, are now commonplace and any restaurant staff should be fully briefed on their operation. This is normally automatic with a simple manual override button by the main exits. They are essentially a larger version of a wet chemical fire extinguisher with nozzles over each risk area. When a fire is detected, a weak metal link, set to melt at a predetermined temperature, breaks and releases the medium.

You may also see ‘Fire Buckets’ in certain premises, although these have been generally replaced with modern foaming extinguishers, some businesses still utilise this simple appliance. It is effectively a bucket full of sand and can be used to smother the fire by throwing the contents over the fire. This has a few considerable drawbacks in that if it was a Class B fire it may cause the fuel to splash and spread and injure the user, they are sometimes used for other means and left empty, and also used for refuse, normally the extinguishing of cigarettes.